Western Nepal, the region west of Kali Gandaki river, offers a chance to visit fascinating country and people. Generally, the part of western Nepal is not often visited by trekkers. Facilities are few and distances are great in western Nepal. Except for the treks near Dhaulagiri Range, few trails provides view of spectacular mountains.

The country is very rugged and, in the northern reaches, has a feeling of openness. The farther west you go, the less contact the people have had with Westerners. Very few trekkers visit western Nepal, even now. A visit to western Nepal prove exciting, as there is a good chance of finding something new. Rara also provides good opportunities to see some western Nepal bird specialties, such as the cheer pheasant and white-throated tit. The lake is a popular staging point for migrating water-birds over flying the Himalaya. Grasslands bordering the lake are full of colourful flowers in spring and summer.

Trekking Season: Most of western Nepal is either outside of the monsoon's influence or else in the rain shadow of Dhaulagiri Himal. Summers tend to be dry and there are few leeches. The best time for trekking is from late August to September when the wildflowers are in bloom. Winters are cold and there is a considerable amount of snow - so much, in fact, that there is some potential for skiing in parts of western Nepal. The trekking season, therefore, is from late spring and throughout the summer until late October. One problem with summer treks in the west is the inordinate number of flies that gather on food and inside tents. 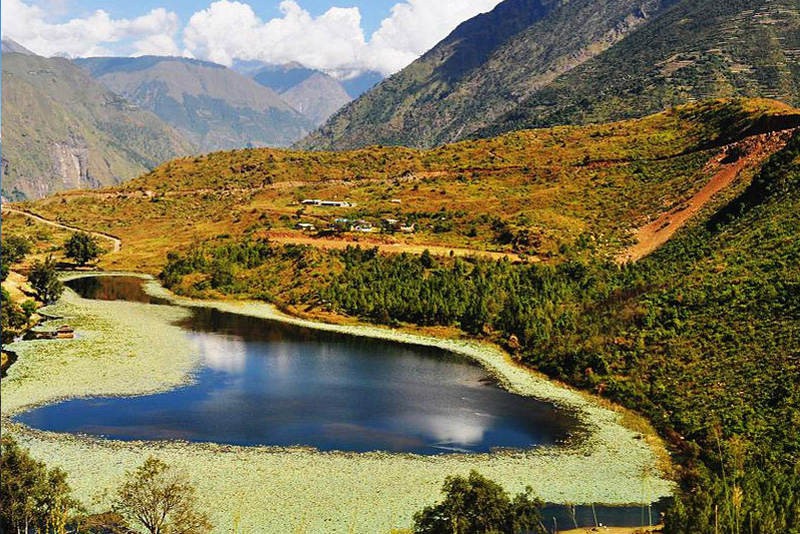 The Dhorpatan trek brings you into a complete no-man's-land, with spectacular desolate landscapes. It is the first hunting reserve in Nepal. more details 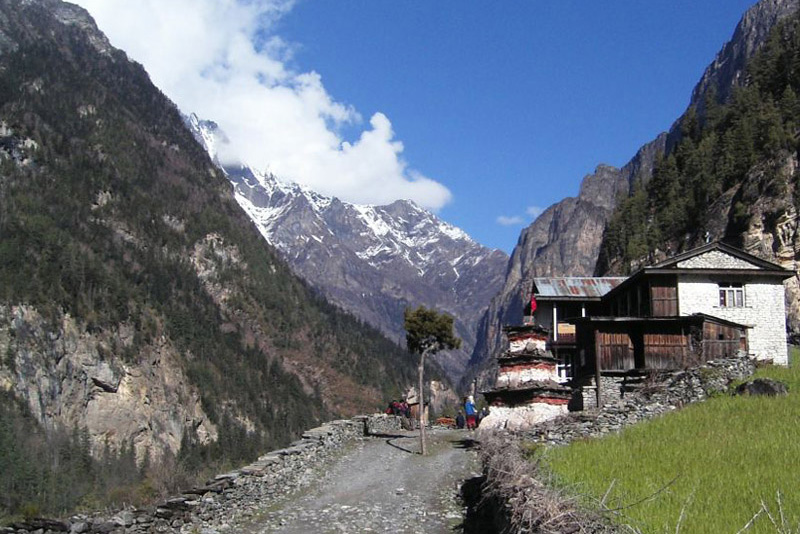 Trekking through lush valleys of medicinal/herbal forest and wild animals you reach to have enigmatic view of Changla (6,900m) and the pristine lakes and peaks in its periphery. more details 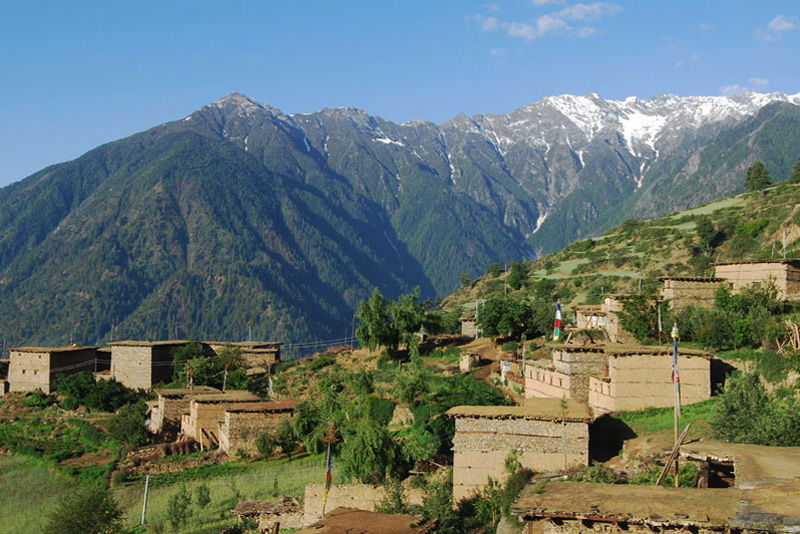 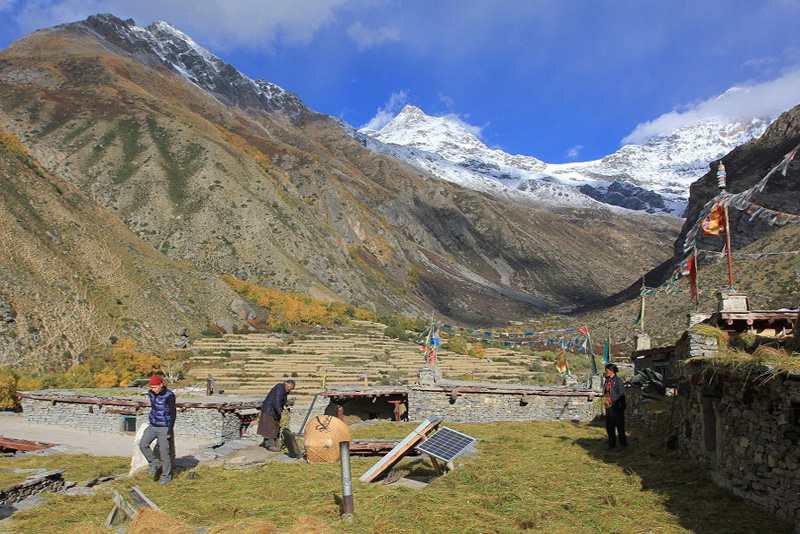 This is a pioneering trek in a remote corner of far west Nepal, one of country's last true wildernesses. The idyllic Limi Valley is located in beautiful upper Humla. more details

Rara jumla lake trek is a most scenic trek with pristine Lake, stunning views of the lake and the thickly forested hillsides with the snow-capped peaks around it. more details 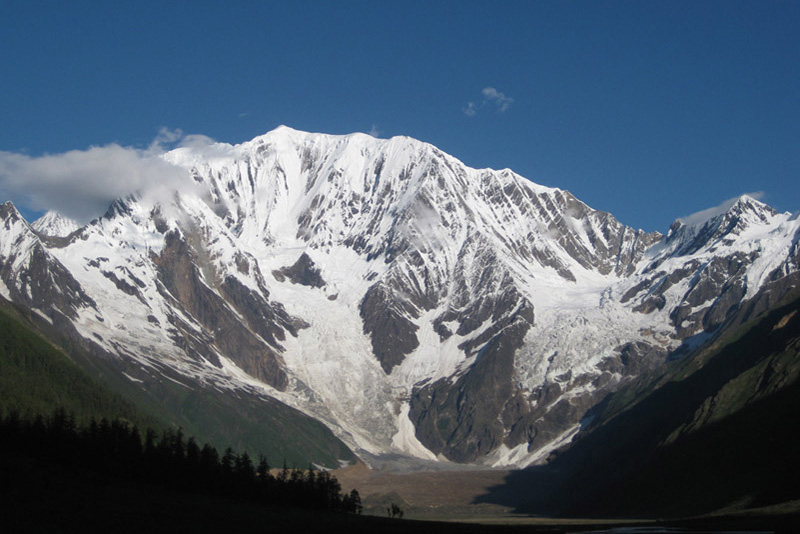 This is an adventurous but extremely rewarding and beautiful off-the-beaten-track trek to the base camp of western Nepal’s second highest mountain, stunning Mt. Saipal (7031m). more details

This is one of the most remote trek, starts from Simikot(Far western Nepal) and climbs up to Nara La pass (4530 m) up to Hilsa, near the Tibet border. more details 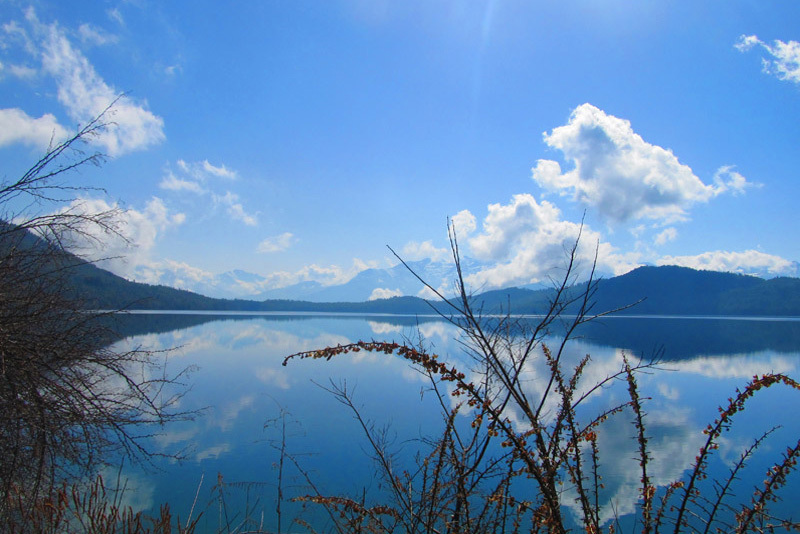